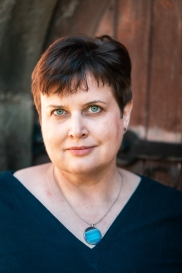 I’m the author of four contemporary crime novels set in the Derbyshire Peak District. My debut novel, In Bitter Chill, was described by the Daily Mail as a ‘tense, well-told story of loss and family secrets’. My second book, A Deadly Thaw, was called ‘relentless in its grip’ by the Financial Times. The third book in the series, A Patient Fury, was The Observer’s Thriller of the Month and The Shrouded Path was described as ‘macabre and unsettling’ by The Guardian.

My Gothic thriller, The Quickening,  published using my middle name, Rhiannon Ward is out now and was a Radio Times book of 2020. The Shadowing was published in September 2021.

I’m the writer of the Doctor Who audio drama The Unwilling Assassin for Big Finish and The Perils of Nellie Bly, featuring the Fifth Doctor.

I post reviews of my reading here on Crimepieces and have also reviewed at a variety of publications. Articles and short stories have appeared in the The Guardian, Sunday Express magazine, Metro, Red Online, Big Issue, Traveller and other print and online publications. I was one of the in inaugural judges for The Petrona Award for the Best Scandinavian Crime Novel.

In addition to writing, I’m an experienced event chair, Associate Board Member of Derby Book Festival, a Board Member of the Crime Writers Association and a Trustee of Friends of Buxton International Festival. I’m a Royal Literary Fund Fellow at Sheffield University.

I’m represented by Kirsty McLachlan at Morgan Green Creatives. She can be contacted on kirsty@morgangreencreatives.com