Tom Grieves’s debut novel, Sleepwalkers , was a compelling read with an unusual twist at the end. His latest book  A Cry in the Night is

due to be published in January. Its tone and setting is different from its predecesor but still has the pull of a story well told.

In the Lake District, two young children go missing. Local suspicion falls on the mother, an infrequent drug user who is considered to have married above her, but lack of evidence stalls the investigation. The village is infamous for having drowned some of its women in 1604 who were accused of witchcraft. When detectives Sam Taylor and Zoe Barnes are sent to the village to investigate a trail gone cold, they find more modern day distractions ready to railroad the investigation. However the presence of a mysterious barrister, Helen Seymour, who specialises in representing women involved in drowning children raises the possibility of a conspiracy with sinister undertones.

When an author changes direction with their books it can be a mixed blessing. What I enjoyed about Sleepwalkers was that it was completely different from the other books that I’d read that year. A Cry in the Night is, in essence, a police procedural but it is given an unusual twist by the possibility of a modern day manifestation of witchcraft. As the narrative develops, you’re not sure whether the conspiracy involves the police hierarchy attempting to frame the barrister or whether there are more malevolent forces at work. This makes for an unsettling read which elevates the book above more run-of-the-mill crime novels.

It’s not clear if the book is going to be part of a new crime series. It has the feel of one, although I’m sure where it’d be set. The detectives are sent to the Lake District from Manchester but the book doesn’t feel particularly rooted in that city. If anything, the eeriness of the lakeland setting has a more powerful feel and echoes the unsettling nature of the narrative. Whatever happens, I’ll definitely be reading more from this writer.

Thanks to Quercus for sending me the review copy. 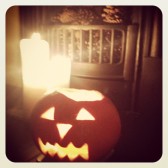 It has been an excellent month for reading crime fiction with not a dud amongst my books. I always expect October to be a fruitful month as publishers usually come up with something exiting for the autumn but I was genuinely pleased by the quality of the books that I picked up.

Three of the books that I read were by new-to-me authors and all were excellent. I particularly want to give a shout-out to Tom Grieves and RN Morris, who although writing completely different types of novel, are united by the talent for drawing the reader completely into the world that they have created.

For the first time since I started summing up my monthly reading, I dithered for a long time over what book to choose as my book of the month. However, a book that will stay with me for a long time was Elizabeth Hay’s Alone in the Classroom. It’s going to be impossible for me to sum it up in one sentence so read instead my review and more importantly buy or borrow the book. I’d love to hear what you think.

The seven books that I read for crimepieces were:

1. The Fire Engine that Disappeared by Maj Sjöwall and Per Wahlöö

6. Alone in the Classroom by Elizabeth Hay

7. Summon up the Blood by R N Morris

Kerrie from Mysteries in Paradise is hosting a monthly round-up of all the recommendations by crime fiction bloggers. Do pay the site a visit and see if you agree with the books that have been chosen.