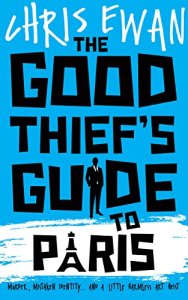 Chris Ewan has just released new editions of his Good Thief guides. Five titles take his thriller writer and house breaker protagonist, Charlie Howard, around the cities of Amsterdam, Paris, Las Vegas, Venice and Berlin. I’m a big fan of Ewan’s writing but hadn’t read any of this particular series. I downloaded the book set in the place I know the best, Paris, and set about discovering the city through the eyes of a man who sees buildings primarily as challenges to his lock-picking skills.

The opening of The Good Thief’s Guide to Paris sets the tone for the rest of the book which successfully mixes light hearted humour with tense, dramatic moments. Howard gives a reading at the famous Paris Lights bookstore but confuses the audience as he doesn’t look like the fake image that he uses on the cover of his books. He’s asked to break into a man’s apartment to demonstrate his lock picking skills but discovers the flat belongs to someone else. When he’s later asked to steal a picture from the same apartment, he’s intrigued by the fact the painting has already disappeared but a dead body in his own home and attempts by his agent to force a meeting send him on the run.

The character of Charlie Howard successfully drives the narrative of this enjoyable thriller and I found myself warming to him from the beginning. I’m fascinated by buildings and I’ve often wonder how easy apartments are to break into. Relatively easy it seems from this book. Regular readers of Crimepieces will know I love classic crime and Raffles is one of my favourite series.  There’s some of Raffles in Charlie Howard which makes him a likeable rogue but his adventures were augmented by a strong and twisty plot.

With their lovely new covers, and holiday season still with us, these books are a perfect accompaniment to your travels. 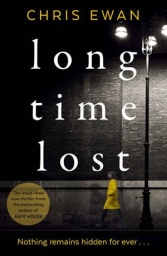 It’s a mark of a good writer when they produce something a bit different with each book. Chris Ewan’s latest novel, Long Time Lost, is a thrilling read that takes you from the Isle of Man to mainland Europe via Weston-super-Mare and Lake Windermere.

Nick Miller has created a team who relocates at-risk individuals across Europe. He’s an expert in this field because he himself has had to acquire a new identify after his family was killed. He’s developed a complex system where each of the protected individuals have to check-in at the same time every week. Kate Sutherland is hiding as part of a witness protection programme in order to give evidence against Connor Lane’s brother. Connor is determined to ensure the case never comes to trial but Miller’s interference in the hitman’s plans mean that the whole team are now under threat.

The action in Long Time Lost is fast-paced from the off. Kate shows herself more than capable of defending herself and it’s nice to see a female character who’s a victim but proactive in her defence. Her chemistry with Miller is perhaps inevitable but it does take unexpected turns and Ewan never veers into cliché. I enjoyed the broad sweep of the book after a raft of claustrophobic novels that I’ve been reading recently.

This is only the second book that I’ve read by Chris Ewan and I clearly need to read more. I was supposed to be working today but the whole point of books is to make it impossible to put them down. Chris Ewan certainly succeeded with this one.