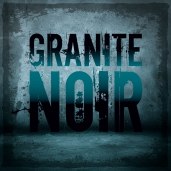 It’s Granite Noir this weekend. Last week I reviewed the books I’ve been reading for the first two panels I’m moderating. This post rounds up the rest of the books: it’s been fascinating to read the novels of four diverse crime writers.

On Saturday afternoon, I’ll be moderating the Page and Screen panel with MJ Arlidge and Stefan Ahnhem. Both writers combine successful screenwriting careers with writing bestselling crime novels. Eighteen Below is Ahnhem’s latest thriller featuring his detective Fabian Risk. A car crashes off a quay in Helsingborg but the autopsy reveals that the victim, Peter Brise, was already dead when he hit the water. Below Eighteen is a substantial read and, in the best Scandi style, Ahnhem moves the narrative beyond the confines of the immediate investigation to incorporate Risk’s family life and the politics of the wider investigative team. A real treat for Nordic Noir fans.

Love Me Not is the seventh book in MJ Arlidge’s series featuring DI Helen Grace. A woman is killed in a hit and run accident closely followed by the shooting of a shopkeeper. Helen Grace struggles to find the common thread between the murders as a killing spree spreads through Southampton. Love Me Not cleverly takes place over the course of a single day adding high tension to this fast-paced and compelling thriller.

At my final panel on Sunday morning, I’ll be talking to Louise Voss and Torkil Damhaug about Psychological Noir.  Louise’s latest book, The Old You, isn’t out until May but there’ll be early copies available at the festival.  It’s a fascinating thriller about memory loss and deception within a marriage. Ed Naismith is diagnosed with early-onset dementia which devastates his wife of ten years, Lynn. He becomes fixated on a possible cure for his illness while his condition deteriorates and Lynn begins to wonder if her own mental health isn’t begging to suffer. The Old You is a fascinating read and full of twists and turns.

Certain Signs That You Are Dead is the fourth book in Torkil Damhaug’s Oslo Crime Files series. A patient disappears at a university hospital and retired forensic pathologist Jennifer Plåterud is called in to examine the dead man. Her son, Sigurd Woods, believes his girlfriend, Katya is having an affair and begins to follow her about the city. It’s a complex, modern story with various threads weaving through the narrative. Damhaug is excellent at keeping up the tension.

That’s it! See some of you at Granite Noir.