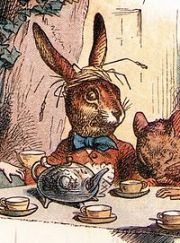 March was a month for reading books by some of my favourite writers. William Boyd was back on form with Waiting for Sunrise and Jo Nesbo had dropped the extreme violence of his last couple of books for a still gritty, Phantom, set against the backdrop of the Oslo drug industry.

My book of the month though was Roseanna by Maj Sjöwall and Per Wahlöö. The Martin Beck series is considered to be a favourite amongst not only crime fiction readers but also writers. And I can well see why. It was a joy to read and I have the second book in the series, The Man who went up in Smoke, next on my reading list.

Following an interesting post (and subsequent discussion) at Rhian’s It’s a Crime blog, I’m hoping to read some new authors this month.

The eight books I read in March for crimepieces were:

1. Waiting for Sunrise by William Boyd

3. Roseanna by Maj Sjöwall and Per Wahlöö

4. The Glass Room by Ann Cleeves

6. The Lewis Man by Peter May

8. A Room Full of Bones by Elly Griffiths

Kerrie over at Mysteries in Paradise is hosting a meme summarizing the crime fiction recommendations for March 2012. Reviews for April have also just been published at crimesquad.com

7 thoughts on “The Best of March’s Reading.”